UP AND COMING GIGS 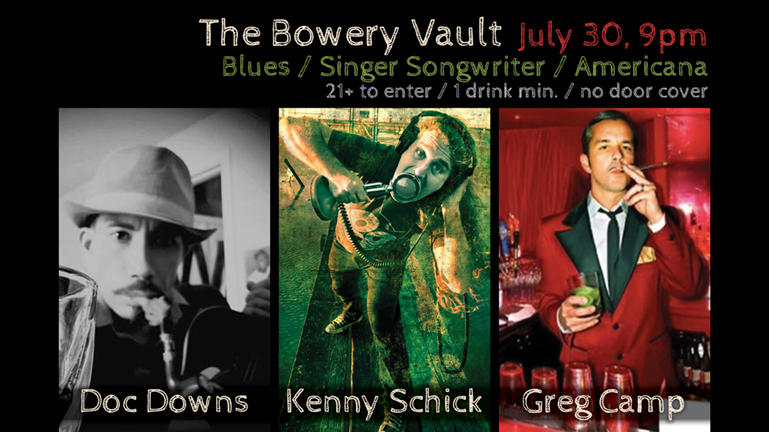 Kenny Schick is a solo singer/songwriter,  just him with his weathered acoustic guitar supporting his lilting tenor vocal, however, his musical life began in bands, very loud bands. Kenny’s live audiences feel his passion – the experience of decades of performance in every imaginable genre and the observations of one who takes the sometimes tumultuous road less traveled.

Kenny has a loyal following and at his shows, there is laughter, tears, musical craftsmanship, and thought provoking lyricism. The shows take listeners on a journey and include them in it, with much banter back and forth. Because Kenny is a generous performer and knows the audience is an equal part of the performance. He often hears he’d have a great career as a comedian if he chose, and the comic relief is a great balance to the songs, which often explore the darker realms of human experience.

Kenny represents a dream that never died, a guy who found his calling in music as a 13 year old and he took the ‘bull by the horns’, and never turned his back on his passion for music, to ‘get a real job’. He did, however, take his love of music and turned it into a real job as a music producer. He does music full time, writing, recording and performing (when he can) and working with other artists to produce unique music for them too.