B3PMusic is Proud to Present:

This is Mike’s 3rd release produced and recorded with B3P—Mike was the 2nd client we had after starting our business, and it’s been really fun watching him grow and define himself and his music. 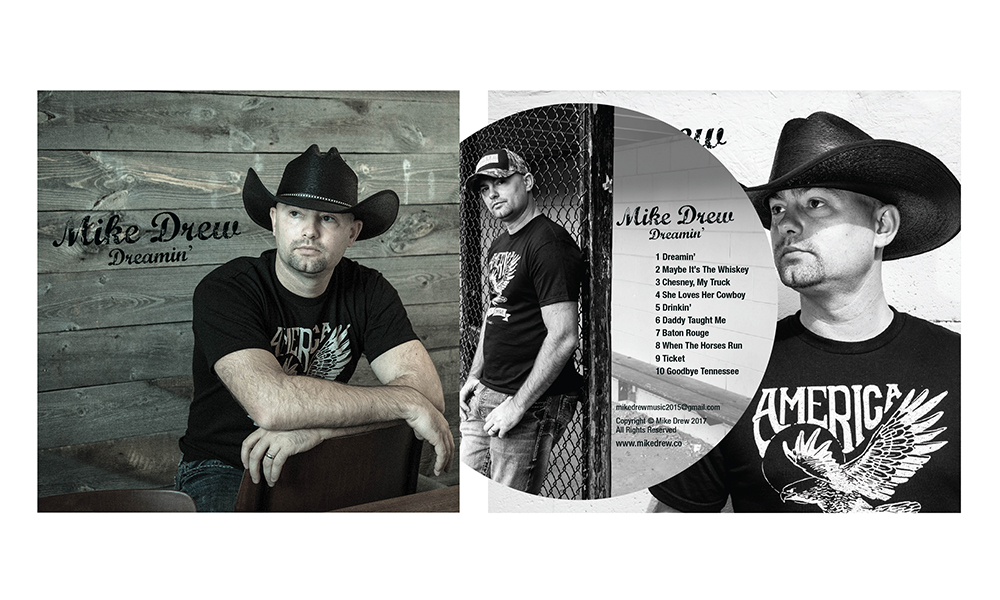 BANDCAMP
When I first met Mike through Dale Mungary of South Bay Dub Allstars/Dub FX , he was a pop piano based songwriter who definitely tipped his hat in the country music direction, but wasn’t exactly a country artist. The first recording we did at Hans Heim’s Studio B in Aptos, using Hans’ amazing studio and beautiful Kawaii piano. Hans Heim’s music I had gotten together with Mike for pre-production and gave him my metronome to work with for a few months prior to our recording session, as he was used to just playing music on his own and he sort of just flowed with what he was feeling.

When we got to the session, I noticed his feel was not quite there when working with a click track, but when we turned it off, his songs had a good musicality to them. Since we decided the recordings would be mostly just him and his piano, we turned off the click and just let him get good live tracks of him singing and playing at the same time. Well as it turned out, I added some overdub tracks, and Mike’s mind started racing with the possibilities of further production, so we ended up working drums and everything around these ‘free form’ tracks—we even had drummer Kevin Higuchi play to a few tracks, and I was in the drum room with him directing him through the areas where the tracks sped up and slowed down—in his usual fashion, Kevin killed it and got the songs in 2 takes despite the lack of a click track—those that are familiar with session work know that adding drums to a track that is already ‘done’ in this fashion is no small feat. I still love to listen to the album that came from those sessions: Sean Circle.

At the time we were recording Sean Circle, I’d become interested in country guitar. It all happened when I was on the Dr. Z amplifier (drzamps.com) web site drooling over their amps and I stumbled across a video of Brad Paisley demoing one of their amps. I was so taken with his playing and technique that I googled ‘how to play guitar like Brad Paisley’, and that led me to a guy named Doug Seven (sizzlingguitarlicks.com), who does tutorial videos. To this day, I still practice stuff off these videos. This was to serve me well when Mike came back to do album 2, now fully defining himself as a country artist. Mike used the piano only to show me his songs for this group of songs, and then let me transfer everything to guitar for the main song sketches.

At this time, working with Mike was very different than it had been before—and things went, and still go very quickly when we work on songs. He comes up to the studio with the songs about 85% done, I set up a piano for him, and he plays the basic idea—I quickly grab the chords and feel he’s going for, and in minutes we are playing through the basic song. While having a beer, (and maybe a whiskey), we quickly define the form, often adding the bridge sections and figuring out the last details. Then, we record a version of me playing guitar and him singing, and the songs are born—we chat a little, sometimes I knock out the main acoustic guitar part, have him sing to it(and sometimes, that vocal take even becomes the final vocal!), then send him on his way to let me orchestrate and produce the instrumental parts. I send him mp3s, we discuss, and pretty soon, we have a complete song. I end up doing/creating most of the instruments and back up vocals, along with my wife and business partner Sabine, and we’ve been fortunate to stumble across the great fiddle player Kurt Baumer (fiddletrax.com), who, from his studio in Austin creates super tasty fiddle parts that I can play with and edit to fit to the songs. Working with Mike in this fashion for last year’s EP and his brand new release is a complete pleasure—everything moves so quickly and effortlessly, it’s just a blast.

Mike is a prolific writer, and even as ‘Dreamin’ releases today, we have 4 new songs nearly complete for album number 4! Staying with the country vibe, we are looking forward to some new flavors on the new music, so stay tuned! In the meantime, all you folks who love country should enjoy this album, and those who are just geeky about production/music and still value the art of recording and have an appreciation for sonic quality, well, there’s something here for you too. 🙂 At Basement 3 Productions,  the art of recording/production and high quality visual presentation is our primary focus, and we aim to make all our artists, like Mike, sound and look as amazing as their unique and important artistic visions.

Basement3Productions – we are your ONE STOP SHOP when it comes time to record and release your music!!